One year of data

The numbers don’t lie is probably one of the biggest lies told about data and you'll see the proof below.

We got the idea of the Sheldon Report in January 2021. Now, almost a year later... lots of data have already gone uncollected... So we recovered some data and reconstructing others and most importantly, we only did it for a handful of projects that we’d love to share with you.

So please don’t frame this as a transparency report about the last year. Rather see it as a playful showcase that narrates our love story with hybrid forms of design, specifically design where data is the star ingredient and it’s topped off with other delicious spices like UX, typography, irony and sarcasm and over seasoned with fun 🎉. 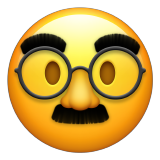 Below are the most significant projects we designed over the last twelve months.

The project we designed for the European Capital of culture 2019 aims to push the boundaries of traditional open data portals, turning them into an informative experience that encourages a broader audience to experiment with open data.

During the first wave of the pandemic we felt exhausted from having to find crucial information on badly designed dashboards. So we released Covidash, an open-source mobile-first dashboard for COVID data.

Explore how the climate has changed in the last 40 years over 100.000+ European municipalities. This is our contribution to a better-informed debate surrounding the climate in partnership with the European Data Journalism Network.

This one started as a joke. We tried visualising the emails we exchanged during three projects. Yes, some weeks were jam-packed with intense email conversations 🤙 and yes again, some projects lasted a maaaaannnnyyyy weeks - or rather months.
But we’re lucky; despite the pandemic and the economic crisis, we worked intensely and constantly.

One year of coding 🧑‍💻

We used our GitHub to calculate the lines of code we used to create our projects. It’s approximate data, so it’s not proportional to the content each project conveys. Take GCC for example, this project relies on two template pages, but it represents the climate of over 100k+ different places. M19 on the other hand has more lines of code, but its content is less than 🤷.

Hundreds thousands of lines to make data visible and playful :)

One year of pixel 👾

How many pixels did our projects take? Many, but again, data is deceiving 🤨. This data refers to the number of coloured pixels, so it boils down to more pictures, more pixels. This is why Covidash and Glocal Climate Change required so few pixels.

Hundreds and thousands of pixels to make data visual and playful :)

One year of countries 🗺🌍

From which location did people browse our Glocal Climate Change project? Many! And which places did they search for? Many more!

Despite the travel restrictions, our project visited and has been visited by many countries!

One year of music 🎶

Music is a mystery, an invisible mystery. It’s essentially vibrations in the air with the ability to alter our feelings. Now, that’s just as magical as the moment the turntable needle hits our favourite vinyl.

Throughout this crazy year, we added new vinyl records to our collection and we believe they represent us, and our souls, much better than other data. That’s why we visualized our vinyl collection.

Hundreds thousands of seconds to make data visible and playful :)

One year of positive vibes and moods, especially during the lockdown!

We had a lot of fun designing our first yearly report, and we hope you had a lot of fun, too :). Data are the raw material we use to build exciting narratives, delicious project that transform complexity into something delicious and entertaining to experience. And always remeber...

*Data doesn’t lie is probably among the biggest lie ever said about data, don't forget it!